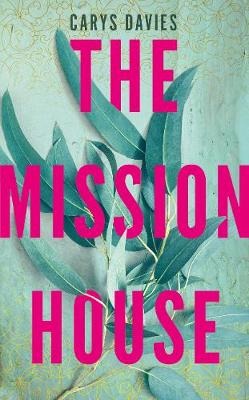 The Mission House is initially deceptive as you don't realise it is set contemporaneously - the blurb gives nothing away - and the illusion created is that it’s set shortly after the British exodus of India at the end of the Raj in 1947. As it progresses, the novel's sense of timelessness continues, perhaps exacerbated by the fact that to many, India seems so foreign and so far away, strangely modern but also steeped in tradition and culture.

The protagonist, Hilary Byrd, has arrived in a settlement established high in the cooler air of the Indian hills. The author’s afterword informs us that this is based upon the former British hill station of Ootacamund and is clearly recognisable to those who know it.

We don't yet know how and why Byrd has come to be there, indeed we know very little of his character at first. He is put up in the missionary's bungalow within the presbytery grounds thanks to a chance encounter with, and kindness of, the local Padre who resides there with his adoptive daughter, Priscilla.

A stranger in a foreign land, Byrd begins exploring the town and employs the rickshaw driver, Jamshed, to ferry him about for the duration of his stay. Common to former colonial towns or cities, he notes the familiarity of some of the architecture and the strangeness of the rest.

We discover early on that something will happen to Byrd, so in some sense we are waiting for this denouement for the rest of the novel. The text is engaging, but there is little in the protagonist to draw sympathy, nor prompt any other emotion other than perhaps pathos.

The novel follows the development of relationships between Byrd and Jamshed, and Byrd and Priscilla, interspersed with the uncovering of Byrd’s past, hints as to the reason for his presence, and his motivations. But it is a slow journey, with questions left unanswered - the narrative progresses with the same hesitancy that those forming the bonds experience.

Thematically, this book is about the struggle for self-identity. We are told that it explores the clash between the "imperial past and the nationalistic present" as well as the conflict existing between faith and non-belief. Whilst clear credence may be ascribed to these struggles, for me the desperate clamour for identity holds sway. Moreover, the novel’s geographical setting may cause Western readers to question our own preconceptions as to Indian identity and the context in which we judge it.

Because it is to some extent the issue of identity that causes conflict in modern India. The caste system has always engendered tension and, more recently, the controversies surrounding Narendra Modi's Bharatiya Janata Party (BJP) and the attitude towards the Rohingya refugees has shown how the visceral divide between religions and identities may play out with catastrophic effect.

I've already stated in a no doubt ethnocentric manner how foreign and far away India appears to be. Well, that says it all. We can fall victim to looking on India through a post-colonial lens, casting aspersions on the country by dint of our attitude towards the British Empire and its rule of India: in other words, wholly failing to judge India as an entity entirely separate to Britain, in isolation from the Britain of the twenty first century and the Britain of the age of Empire.

This notion is played out in the exchanges between the central characters, but the oddness of its timelessness persists. Even the dreams and aspirations of Jamshed's nephew seem strangely old fashioned and Byrd himself is most certainly not a "modern man". The references to email and Internet are about the only elements which date the prose, but these sit at odds with the rest of the story.

The absence of time may also be a comment on the West's perception of India, in that when we see the images of Ganesh, view the beauty of Indian fabrics and adorn our homes with clichéd Indian decorations acquired from TK Maxx, we think of it as a country of mystery holding a certain sense of allure, and I would not be the first to say we have a tendency to look upon the country with a touch of romanticism. Perhaps the conceit of timelessness is intended to suggest to the West that we’ve got it wrong and that we wouldn't know the real India if it landed on our doorstep. Because it is not dreamlike and magical, it is a real country with its own very real problems. 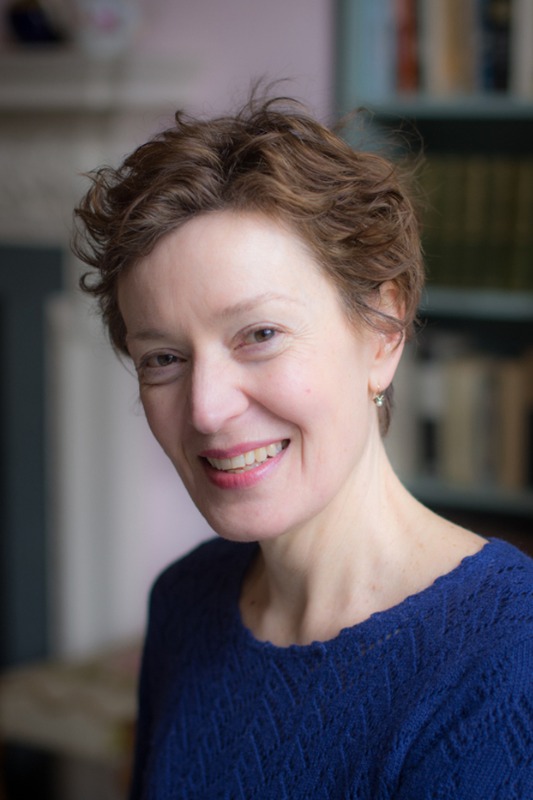 Carys Davies
In the town, Byrd reaches a new feeling of peace and tranquility, blind to reality and what may be taking place on the periphery of his vision. He takes comfort in the local library, bemoaning the removal of old dictionaries from the one in which he has worked at home; their contents placed instead on computer. Byrd himself is also lost in time – his knowledge of sewing and baking seems odd in the modern context. Perhaps the comfort he has found is derived from the fact that in this hillside settlement he has recreated an illusionary place of old, drawing on a romantic ideal of what India was once thought to be.

With Jamshed, Byrd finds himself able to talk more openly about his feelings, but only because he is talking to the back of Jamshed’s head as he pilots the vehicle. We know that this is rooted in his own inability to form trust and connection, but it is also a comment on the themes often explored in literature, connected to race, caste, class and nationality. At one point Byrd realises he has talked much of himself, whilst absorbing nothing of the little his companion has told him.

I confess to being baffled by the novel, not really sure of my opinion when I turned the final page. I understand the themes and the commentary it passes. I recognise that politics (and largely, religion) is left aside to focus instead on human character and connection and I am aware that reviews have praised it for being a new take on the British love affair with a romanticised notion of India. However, for me, there was something lacking.


Also by Caroline Spalding...
The Moustache By Emmanuel Carrère - A ReviewInterview: Philip BowneReview: Plague By Julie AndersonInterview: Susan AllottWhat Is Left Unsaid: The Silence - Susan Allott
I found elements of the story unconvincing whilst yet recognising that this may be misperception in the context of an India ill-judged through Western eyes. Moreover, whilst written in the third-person and moving among the central characters, much does come from Byrd who himself has a very childlike outlook on life, so our perception is liable to be skewed.

For me, the pace, whilst languid and dreamlike in its slow progression and therefore conforming thematically, was simply too slow in parts, and the plot too predictable. The denouement was rushed upon with such acceleration that it was an unwelcome wake-up call from reality, which was the assumed intention, but to me it felt almost misplaced. Yes, it was necessary, but I believe that a writer of this skill could more conceivably have woven her point into the conclusion.

I originally wanted to complain that I didn’t experience India – didn’t witness its vibrancy, didn’t smell its smells, didn’t hear the cacophony of noise associated with urban settlements of India – however, upon reflection I appreciate again this may be a deliberate omission.

Reading the book is a gentle immersion in a strange and abstract setting, of unknown place and time, as though being lulled into a slumber from which you embark on the most curious of dreams. Yes, the reader is aware of the underlying subtext but it is a gentle story, with only subtle inferences.

It was a curious read and and I fully expect that my response to it would change on renewed acquaintance. I understand why Carys Davies has received such acclaim and I would read her other work without hesitation. However, as we all know, books are a subjective choice and unfortunately, this one simply wasn’t, on balance, for me.


The Mission House is published by Granta