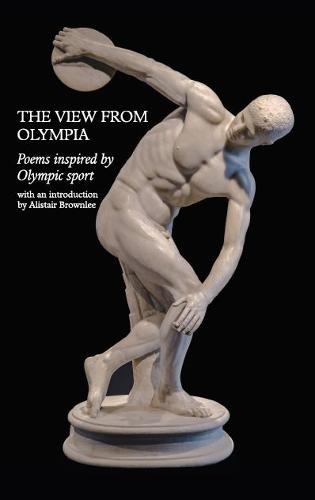 Fitting, at a time of recession and anxiety, that Otley’s Half Moon Books should curate a wonderful collection of poems which focus on an Olympiad of the imagination, especially in a year when the Japanese summer Games have been postponed owing to Covid-19.

Bearing a more than passing resemblance to Poetry Business’s joyous 2019 anthology of running, The Result is What You See Today, but none the worse for it, The View From Olympia’s scope is as expansive as its title suggests. For here, in a series of poems introduced by no less an athlete than Alistair Brownlee, is a paean to endeavour in all its forms – from the armchair spectator, to the parallel participant, to the sincere admirer of the Olympian esprit, to the prizewinning sporting poet...or not, as the case may be. Milton’s defence of the effort of every(wo)man – ‘they also serve’ – is not better served than in Elisabeth Bertolla’s fine poem of the inglorious bystander, the invariable final pick for the hockey team:

‘Half a century on, it could still be yesterday; fear insists
that tomorrow it could all come again. Yet I recall that day
when, by accident, I did score a goal; and I always knew
which way to run’ (‘Team Spirit’).

I once scored a goal by accident from the halfway line, but the same glow of unlikely accomplishment obtained; we all need recognition, if only solicited by fluke. In Mark Connors’ poem of recalibrated self-worth, the boy who ‘always dropped the egg / or fell over in the three-legged race’, goes on to medal-winning prowess in distance racing in adulthood. So much sweeter the victory when borne out of the three P’s – ‘piss-poor preparation’ – and delivered on the gallows of sardonic humour, after a race across the Tyne: ‘My marriage was over but the chips were sublime’ (‘Medals’).

For others, the joy of competition must be enjoyed vicariously and there could be no more sincere way of expressing admiration, even gratitude, than by means of an ode, a poem of veneration, to an individual or Olympian concept. Rob Walton’s erection of a ‘rostrum’ of the imagination for the enduring stragglers, the ‘blood and blisters’ of marathon effort, is an apt, and rather beautiful, reward, realised in simple, flowing lines of demotic, and conferring praise which is as heartfelt as it is ingenuous. The final lines of ‘A rostrum for suffering marathon runners’ sail close to an expression of love:

‘we will write anthems for you and sing them
slightly out of tune but proper loud
we will give you flowers and soft toys
and none of that tiny hold-it-in-one-hand rubbish
these will be big pink elephants from off of the fair
and you can have the option of a daft air kiss either side
or a proper hug and a bunch of daffs
a nice big bunch of tear-soaked daffs.’ 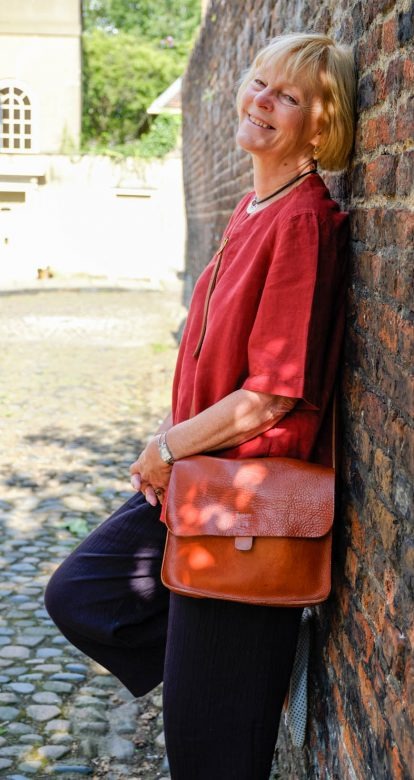 Carole Bromley
Ben Lowe’s ‘Owens, Jesse 1936’, Olivia Walywn’s ‘Kelly Holmes at the Olympics, 2004’ and Gill Lambert’s ‘Sparrow’ do for Mr Owens, Ms Holmes and Olga Korbut what Walton does for the mass of unsung runners. In moments of barely-contained awe, the linear brevity of Lambert’s poem employs a bird metaphor both to ascribe physical delicacy to the slight Korbut, and to suggest her pliability to the Soviet state’s non-negotiable demand for gymnastic perfection – ‘They felt her muscles, / poked her bones under her feathers, / watched for development’.

And elsewhere, the editors of this imaginative and widely-dispersed collection include poems of profound binary resonance. Rebecca Gethin’s ‘Waiting outside the gynae-oncology ward during the Olympics’ is a moving juxtaposition of television images of beach volleyball with the naked fear of a waiting patient, whilst ‘Sochi’ by Carole Bromley is an angry elegy for a lost figure, frozen into a kind of inarticulacy by helpless, unrestorative grief against a backdrop of the Winter Olympics, about which the loved object wouldn’t have given a ‘flying fuck’:

‘Annie, I’d rather watch the flying fuck, or even
take part in it than be sitting here, remote in hand,
flicking between the curling and the skeleton.’

The narrator’s apostrophic address might be a metaphor for the many backward glances here. Lydia Kennaway’s witty Bildungsroman of her school trampolining years, ‘Gymnastics for girls’, captures the essence of a personal history in authenticity of ephemeral detail, as it heralds the, often unwelcome, onset of puberty: the stopping of time, though clearly outside of the sports coach Miss Bardolino’s instructional mandate, might suspend the anxiety of female bodily change, or even the idea of change per se. Ian Harker’s freefall into eloquent sensuality, ‘My lover used to be an Olympic athlete’, celebrates the pristine human form as though chiselled by Phidias, and with the easy homoeroticism of mutual recognition. His narrator’s projection imagines the moment of tape-breaking, at which all coincides symbiotically – form, effort, blood-swimming achievement:

‘And was he barefoot under the weight
of his own body?
The palms of his hands
the thickening V of his thighs

could he feel the weight
of the others behind him?’ 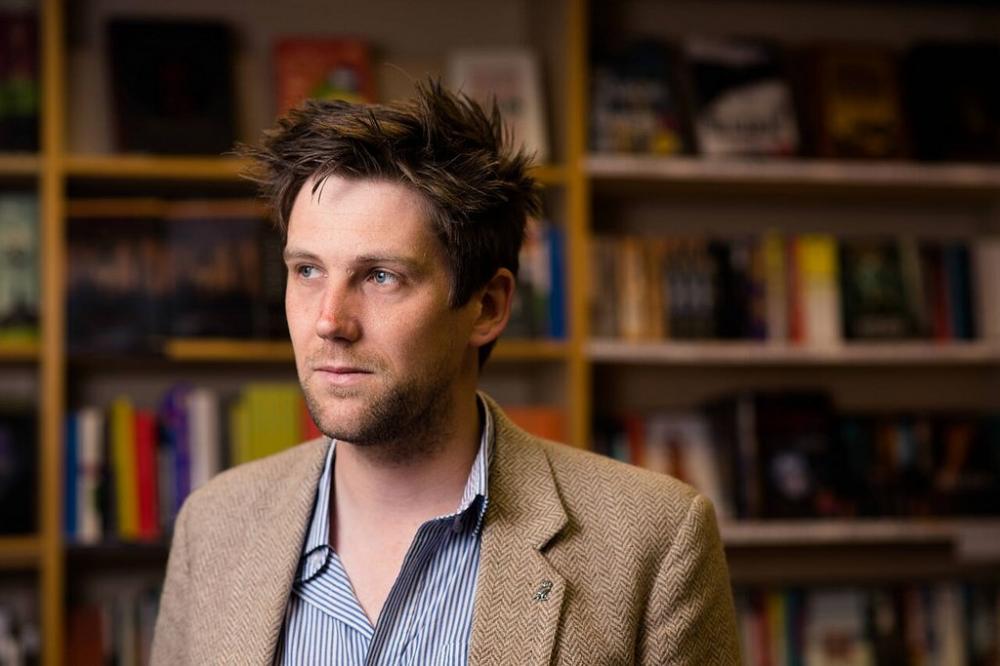 Ian Harker
If we were to trace unitary tones in this lovely anthology they would be of warmth and energy: the effort demanded by participation in high-intensity sport is more than matched by the verve of those describing our relationship with it. Verve, and in many places, good humour, of the sort you find amongst breathless runners at the end of a long race. There is much in evidence here. Roger Manns’ jolly, rhythmical ‘Yorkshire sports’, delivered in an appropriate dialect, is a delightful excursion into aggrandised parental expectation and the presence of haemorrhoids as a serious obstacle to athletic performance which reminds, obsurely, of Marriott Edgar:

Or Char March, whose ‘Dents de lion’ gives parity to the brave efforts of the old and the infirm to stay upright and cheerful, and pastiches, rather than parodises, the Olympian spirit, as ‘dentures clench / concentration’. In similar vein, Jo Brandon’s ‘Things I could compete in at the Olympics’ inflates the significance of the daily quotidian as tongue-in-cheek qualification for Olympic entry. A defence of the ordinary and the humdrum, of child-rearing and daily stoicism, Brandon’s poem is a neat corrective, a faint echo of the Augustan taste for mock-heroism:

Mantz Yorke’s simply observed and affecting poem of another kind of struggle celebrates the suddenly unrestricted movement of a rehabilitative patient, liberated by the weightlessness of a hydrotherapy pool, her ‘crumbling vertebrae’ yielding a painless ‘ballet’, in an Olympian triumph by any other name.

But the poem which sheds new light with every reading in this collection of treasures is Finola Scott’s ‘Only a Game’, whose titular understatement disguises an effort, an act of continuing will in which all participate, a learning curve whose symmetry of ‘marked-out / goals’ and ‘peever beds’ of pavement hopscotch are the shared forcing grounds for poise, balance, and common purpose:

to punch with certainty into marked-out
goals. The chalk borrowed from sisters

playing sure-footed on dainty peever beds.
Rain will erase their presence but
the lessons learned will linger.’

The View from Olympia: Poems Inspired by Olympic sport is published by Half Moon Books.